Or. . . Do We Really Need A Grooming Session?

The “Grooming Session” isn’t taught as an official “ceremony” of scrum Agile.  It’s not because it isn’t Agile; it’s because early theory did not take into account the even more dynamic nature of stakeholder requirements and the efficiency of adding a feedback loop into the requirements gathering cycle.  What’s funny is just about every ScrumMaster I talk to these days has added grooming sessions to his or her sprint cycle.  Why?  Because it’s a really smart response from a VERY large number of ScrumMasters who are improving on the complaint that Planning Sessions can be too long, too exhausting, and not responsive to constant changes.  It’s being agile at its best–adapting and improving
But like everything in Agile, grooming requires discipline, and because it is a dynamic agenda, keeping grooming effective is hard–but by no means impossible. 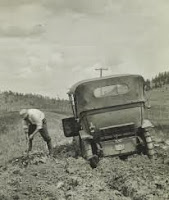 take the handful of stories that our product owners or Business BAs have added to our “to be groomed” etherpad, and put sizing on them. Deviating outside of that feels like an exception.  Like any decent ScrumMaster, my job is to guide the team towards accepting that grooming sessions can (and should be allowed to be) so much more.  Every team in every company gets in a “rut” of comfort.  It’s no one’s fault that it happens.  It’s human nature to seek out the familiar.  If a ScrumMaster pushes “change” too much, the team gets uneasy.  Back off too much, and it’s rut time.  So here is a list of 6 (maybe 7) activities, any one or combination of should be allowed in the agenda of your grooming sessions.  By no means am I saying to attempt all of these in a single session.  That would rarely be practical.  My recommendation is to focus on attempting the 2 or three that are the most immediately necessary

So, the next time you are headed to grooming and someone grouses–“We don’t have anything to groom.  Do we really need to have this meeting?”  Just remind them of all the options we have for grooming.  If you are a ScrumMaster, make it your priority to work with everyone on the team to figure out what agenda would benefit the team the most.